What is Probabilistic Classification Models?

For example, it might predict that there’s a 75% chance the observation is positive. The natural choice is to assign the observation as positive since the predicted probability is greater than 50%. However, we don’t have to stick to 50%; we can adjust our threshold and only classify observations as positive if our models predict a greater than 90% probability. By increasing the threshold, our model will only make positive predictions when it is peculiar and confident. Conversely, if we lower our threshold, our model will more liberally assign positive labels. Model’s precision and recall are affected by adjusting the threshold.

As we know, there is a tradeoff between precision and recall that becomes more apparent with probabilistic models. If we look at the figure, we can see the ROC-AUC metric is higher precision but lower recall when the threshold increases. 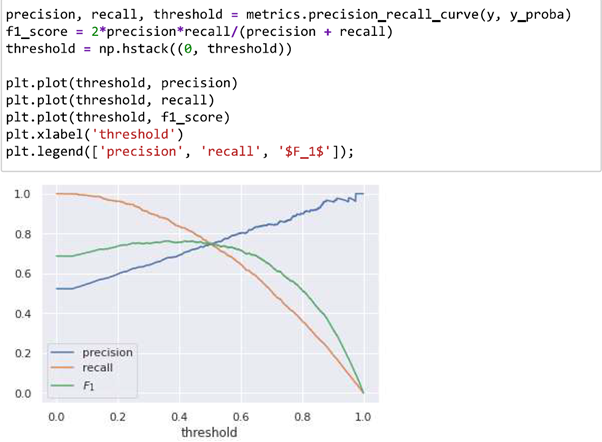 The threshold that yielded the largest F1 score was about 0.36. As such, when comparing the performance of probabilistic classifiers, we need a single metric that is not dependent on the threshold.

Area under the curve (AUC) 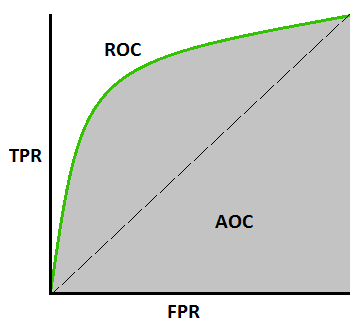 We generally want a model with less tradeoff between precision and recall, resulting in a curve with less drop with increasing recall. Geometrically, it is better to have a model with a larger area under the curve, AUC, of its precision-recall plot. AUC is the measure of the ability of the classification model to distinguish between classes. It is considered that the higher the AUC better the performance of the classification model at distinguishing the positive and negative classes. In sci-kit-learn, the AUC can be calculated using the metrics.auc function. In addition to AUC, the ROC-AUC metric is based on the receiver operator curve (ROC), performance measurement for the classification models at various threshold settings. The ROC plots the true positive rate against the false-negative rate.

The log loss function is a metric that is often used for optimizing probabilistic classifiers, sometimes referred to as cross-entropy. Log loss takes into account the uncertainty of your model’s predictions, something accuracy does not do. The equation for the log loss is:

Where yi is the class label of observation, either 0 or 1, and pj is the probability of the observation in class 1—the lower the log loss, the better the model.

The log loss is harder to interpret than other metrics such as accuracy because it measures whether the model will correctly classify an observation and rewards the model if its confidence of a correct prediction is high. Conversely, it will severely penalize the model for being overly confident in a wrong prediction.

Let’s take an example to understand log loss; a model will have a lower log loss if it predicts a probability of 95% for observation of class 1 than if it had predicted 60%. Thus, two models can have the same accuracy yet have different log losses. Despite being slightly harder to interpret, it reveals more information about a model’s performance than accuracy. 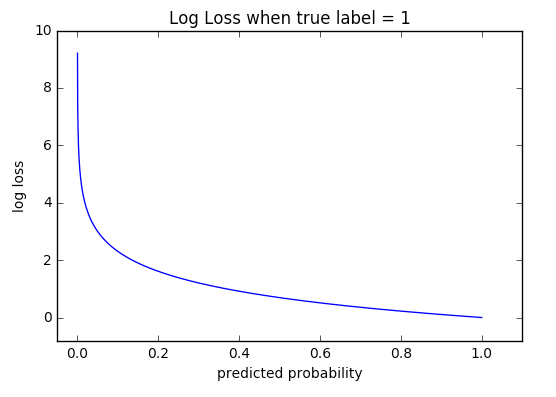 Looking for an in AI/ML consultant?

Our experts will help you in getting the best of the machine learning.

Get in touch with us to schedule a free introductory call to discuss your AI/ML requirements in detail. Schedule a Free Evaluation.