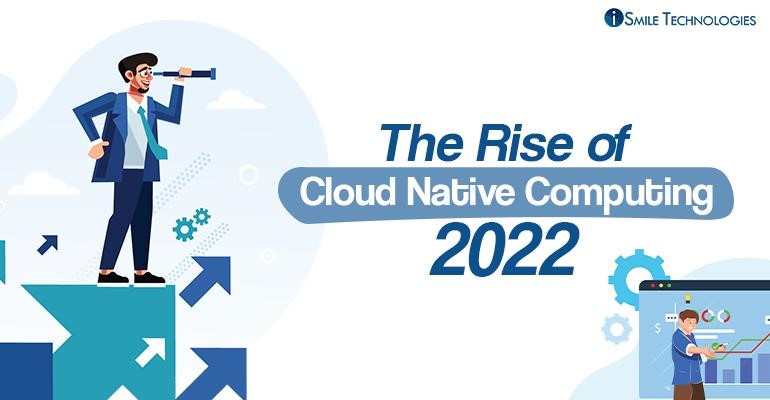 The Rise of Cloud Native Computing 2022

Unlike legacy applications migrated to the cloud after it was on the rise, cloud-native applications are designed for the cloud from day one. They run in containers, are deployed as part of microservices, and are managed using DevOps and agile methodologies.

The Cloud Native Computing Foundation reported that the use of Cloud Native projects in production proceeds to expand, with many projects being deployed more than 50% in production. In addition, all graduated projects saw an increase in usage in production. Containers have found their place, with 84% of developers using them in production. It would not be wrong to say that cloud-native computing has gone mainstream.

So, what’s the reason for Cloud-Native rise? Why do companies prefer to move from the traditional cloud migration method to building applications directly in the cloud?

Following the lead of Amazon and Netflix, companies have realized that the only way to stay ahead of the competition is to innovate frequently and meet the changing needs of customers. However, deploying new features can often be tedious, even for large companies with large teams. Cloud-native computing has made that easier. Since cloud-native computing is based on microservices, it’s easier to deploy new features and applications quickly.

Unlike legacy systems that depend on switches, connectors, and other hardware and tangible components, Cloud Native Computing is based on virtualized software. Everything takes place in the cloud. So application performance is not affected when hardware capacity is scaled up or down. Businesses do not have to buy more expensive processors or memory for servers to overcome scalability challenges. They can quickly reallocate resources, increase and decrease scaling, and even stop and start services through the virtualized software. Everything happens seamlessly and without impacting the end-user. 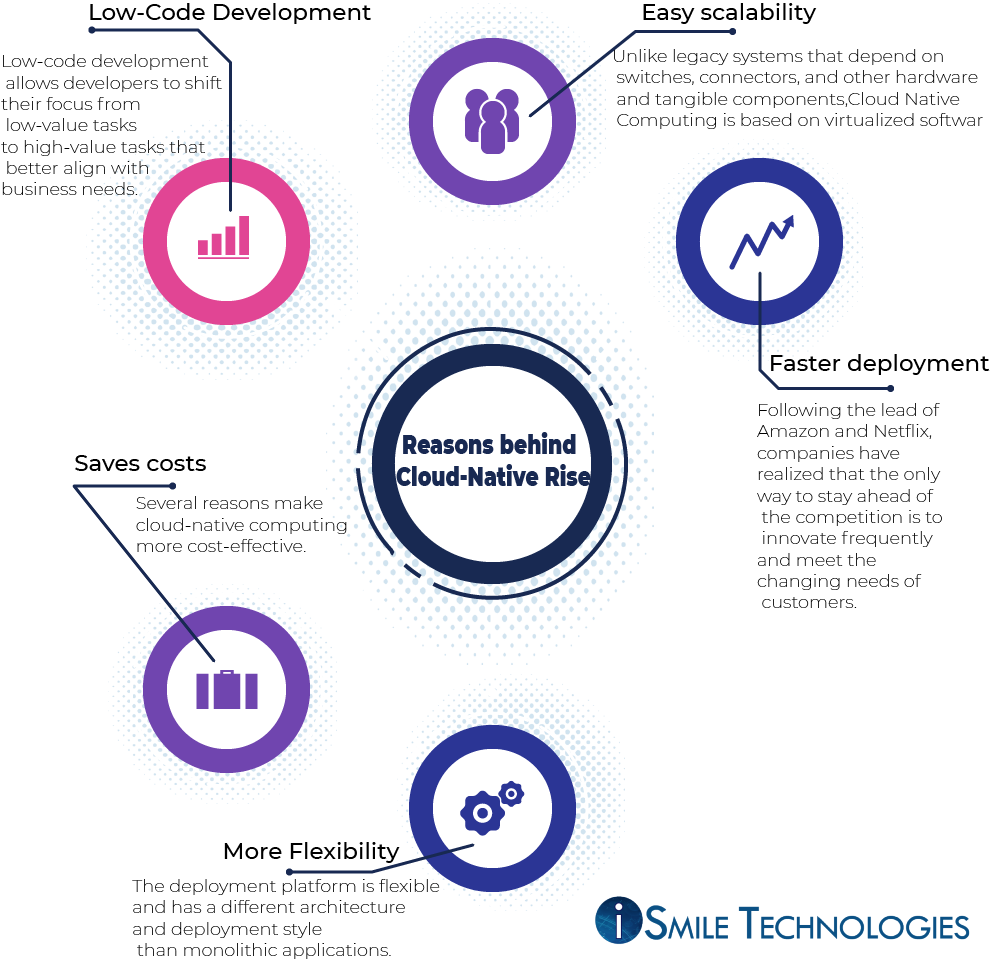 The deployment platform is flexible and has a different architecture and deployment style than monolithic applications. So, when an unpredictable business situation arises, companies do not have to reinvent the wheel. The open, flexible ecosystem of cloud-native computing facilitates redeployment and enables business continuity despite challenges.

Low-code development allows developers to shift their focus from low-value tasks to high-value tasks that better align with business needs. It allows developers to quickly build the front end of applications and streamline workflows to speed time to market. It also reduces the complexity faced by novices when working directly with containers and microservices, different from monolithic architectures and legacy systems.

Several reasons make cloud-native computing more cost-effective. Unlike legacy systems, Cloud Native Computing is based on containerization and virtualization of software. So, companies do not have to pay for additional servers, hardware, and other resources. Also, businesses only have to pay for the resources that they use. They do not have to pay for all the servers that go unused. This helps the business to reduce its costs and optimize its usage.

Enterprises are trying their business strategies to the future of cloud-native computing. However, cloud-native application development can be a whole new ball game. Companies need to address concerns about the scalability and security of the application. The application architecture must be carefully assembled to enable cloud deployment.

Find out how iSmile Technologies can help you design and develop new solutions that leverage today’s most advanced cloud services. 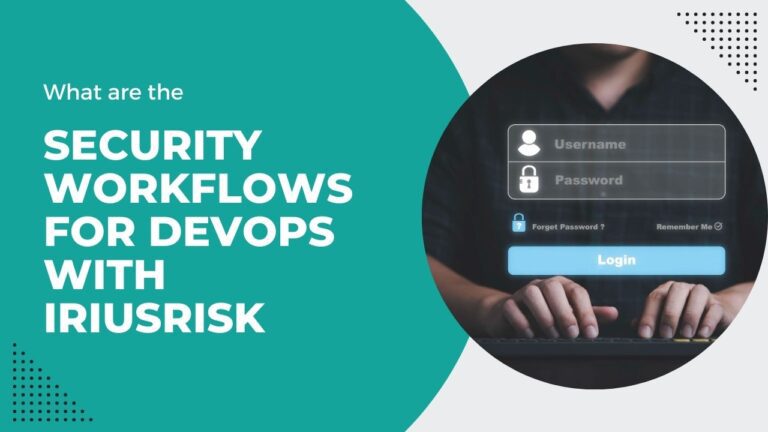