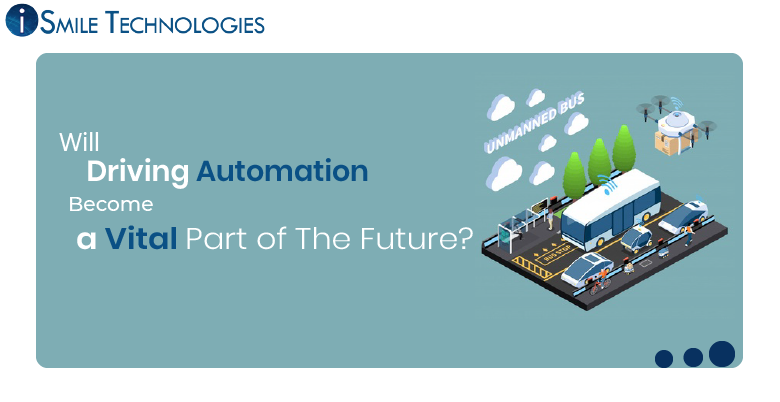 Will Driving Automation Become a Vital Part of The Future?

Our rapidly growing dependency on technology is just not limited to computer-based software; it has now acquired most of our daily life chores like automated washing machines, dishwashers and so on. While it’s not limited to that nowadays, cars are automated, which has changed the driving experience altogether.

What are Automated cars?

Automated cars are also known as Autonomous cars as they can drive independently without any human involvement. Well, as magical as it sounds, it does exist, and I entirely operated n technology as the car is capable of sensing the environment and operating according to its environment.

The allure of self-driving cars has long proven tempting. It can change how we commute and travel great distances, remove people from high-risk work areas, and streamline our industries. It’s critical to help us design the cities of the future, where our reliance on and relationship with automobiles is redefined, reducing carbon emissions and paving the path for more sustainable living. It may also make our travels safer. According to the Health Organization, more than 1.3 million people die each year due to traffic accidents. “We want safer roads with fewer accidents. That is something that automation may be able to provide in the future, “According to Camilla Fowler, head of automated transport at the Transport Research Laboratory in the United Kingdom (TRL). But for driverless technology to become mainstream, much still needs to change.

Full automation, according to Hynd, is unlikely in this timeframe. “So many additional factors must be considered when dealing with transportation infrastructure or anything else that society employs. And I’m not simply talking about rules and regulations “he declares Safety will be a significant barrier, particularly for countries who are slower to adopt the transition due to the high expenses involved. According to Hynd, infrastructure will determine how quickly and successfully this technology can be implemented, and public perception and desire to use autonomous vehicles will need to improve.

However, not everyone is in agreement. In ten years, Jinks believes that autonomous vehicles will be on the road alongside human-driven vehicles. In this manner, you may find yourself boarding a driverless shuttle at the airport before boarding a self-driving taxi to your final destination.

In the next ten years, owning a self-driving car is less likely.

The ultimate vision experts are working towards is completely driverless vehicles, both within the industry and a wider transport networks, and personal-use cars that can be deployed and used anywhere and everywhere worldwide.

If you need further assistance regarding Automated cars, you can visit our website for consultancy: https://www.ismiletechnologies.com/request-a-consultation/ .